Our Media Obstacle Course in Detail

Reading Time: Minutes
Twitter Facebook - Share
The media obstacle course is aimed at children aged 9 to 12 and encourages fun and movement so they reflect on their own media use.
With action-packed exercises and tasks at five different stations, we tackle different areas of media use and topics such as play times, privacy and cyber-bullying. 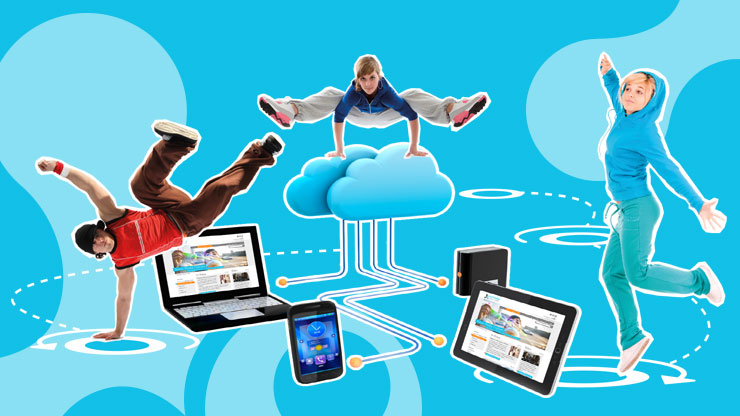 The game stations work like “jump and run” games. The technique motivates and sparks interest among this age group in particular with its combination of movement and content. Altogether it promotes learning processes.

The media course consists of the following 5 stations.

This station encourages the children to reflect on their own media use behavior by illustrating how hard it is to keep a sense of time while playing.

The children play in two group games at tablets and Nintendo DS and have a special task: pause the game every two minutes, stand up, then run and press the buzzer. They have to guess the time themselves; they aren’t allowed to look at a clock, mobile or watch. An app records the time. That way the children can see and compare how good their sense of time is at the end of the game.

Some questions are projected on a screen about various topics like data protection, privacy and netiquette. The children have to decide quickly for one of the three responses by hopping onto the marker that corresponds to the answer they think is right. The station supervisor gives some feedback as to why each answer is right or wrong and responds to questions.

The children find a jumble of cubes with individual images on each cube. The idea is to build a coherent story pyramid out of the jumble. To do so, they have to understand the idea behind the story and put the images in the right order. The image cubes should be arranged in the pyramid so that the story is recognisable. At the end of the exercise, there’s a conversation to be had about the story topic: cyber-harassment.

The children get a gap-fill exercise that hides a chat rule. The text is missing a couple of letters that the children have to guess. The children search through a box of balls with letters on them. Once they have a correct letter, they balance it on a “tablet” through an obstacle course from the box to the gap-fill on the board. At the board, the ball gets attached in the spot with the missing letter, so that the chat rule is all filled in.

Pairs of children share one tablet. They use an app to categorize various tools, according to the activities that these apps facilitate online, a PC or a smartphone. These tools can be seen as icons ready to drag and drop into the individual activity categories they belong in, such as talking or listening to music. The app then gives the children feedback as to whether or not they were right.

This brochure offers the overall concept, instructions, tutorials and tips for doing the media obstacle course on your own.
Download   [ 6.45 MB | pdf ]