Twitter Facebook - Share
Reading Time: Minutes
Thomas Feibel knows what children expect from apps. He is one of the leading journalists in the field of children and digital media.
The media expert is director of the Office for Children’s Media in Berlin and has been awarding the German children’s software prize TOMMI since 2002, as co-initiator with the Family Media Publishing House. Teachtoday talked with him about apps and the opportunities they offer in media education for children and youngsters. 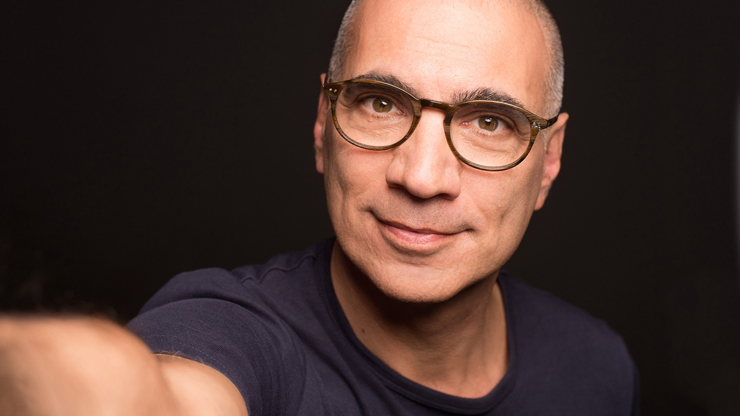 Teachtoday met Thomas Feibel interview
Mr. Feibel, what do you use apps for in your everyday life?

I use mainly WhatsApp, Instagram, and Snapchat, to stay in contact with my children. I often use the notes feature for work. I listen to a lot of music and check the weather service so that I know when I can use my Runtastic app. But since December of last year, I’ve been doing a test on myself. That is, I haven’t set up my work email on my phone.

Yes, I’m still alive (laughs). I actually think it’s great. It’s a deceleration, but it’s a bit cumbersome. If I want to check my email out and about, I have to pull out my laptop or my tablet.

Before I answer your questions, one thing beforehand: To do the children’s software prize, we work with libraries where the children do the testing. Not all families can afford expensive devices. Digital media, like apps, games, consoles and electronic toys, are not always beneficial. Thanks to the cooperation with the libraries, everyone can participate. For me, it’s all about conveying a democratic sense: Anyone can come and join in. What we mainly want to know is: What do children think about the things that have been made for them? It is not a given that what adults think is good gets accepted by children, too.

So you want to create awareness among children in dealing with digital media?

Exactly. It’s about getting the kids thinking. I’ll give an example: There is a big difference between reading a book for school or at home for fun. It’s the same with games. When you play a game for amusement, you play differently than you would if you have to assess it. For us, the children should compare, evaluate and discuss with other children. They collect their impressions and learn how to formulate them and to write them down. Plenty of skills come together in this process. And of course the understanding of democracy also plays a role. Because one game picked by one jury group won’t necessarily win the prize when there are 20 libraries participating.

For parents, the topic of app usage with regard to their children is sometimes a mystery. For example, the question of how to estimate are age ratings has no easy answer.

I’m often asked at what age it’s advised to let children use messenger services and social networks. This orientation is really important for parents. But is that the right question? The question should be in my opinion: What is realistic? Instagram, Snapchat and Facebook – these are today’s digital playgrounds. There are parents who say time and again: “Oh, WhatsApp, it’s a data leech. Threema is way better.” Now, imagine a playground with only wooden toys, ones that are totally safe, where the children can even fall down without harm.
But there are no other children playing there! All of the children’s friends are playing at another playground.

Right. What I'm saying is that it is more realistic to prepare children for possible dangers and problems well beforehand, so that they know how to respond and act in an emergency without fear. That’s media competency.

Even with the use of digital media, one hears sometimes restrictive recommendations that children up to age 14 should only be allowed phones with buttons.

What would you recommend to parents as a good entry age for kids to start using apps?

It is always difficult to pin down an age. Not all six-year-olds are the same and neither are all eight- or ten-year-olds. One might be a dreamer and the other very technology savvy. Children initially encounter apps via their parents. The second time is with their own smartphones. As soon as a child gets a smartphone, one has to get it ready for the Internet. Then the kid’s ready for free access to the web. So one has to prepare for the opportunities and dangers that are associated with it. So it’s about personal responsibility. As a parent, it’s hard to monitor everything a child does with their phone.

Let’s get a bit more specific: What can and what should everyone beware of with app purchases?

In-app purchases are an important topic. It’s not bad to buy new levels per se. But when the game doesn’t advance without the purchase of certain items, I cannot endorse this kind of compulsion. I would always be wary with free-to-play games; they might not stay free. If children spend money with a gift card, then they should set a limit, like with an allowance, so they have an eye on their spending. Generally, I find it important that games shouldn’t put pressure on children, that they don’t have conditions in terms of content as well as time limits, and of course that they are reserved with ring tones and messages.

That’s right. I’ve often wondered why particularly in this area the thinking is that it’s problematic. Apps and digital media in general offer lots of opportunities. Apps, smartphones and tablets are excellent media for creating, with which anyone can write text and take and edit pictures. The result can be immediately published on the Internet. Writing one’s own ebook with these means is absolutely no problem; Book Creator and Comic Life are very good apps. When children work with things like these, when using creative tools, then they can, of course, also talk then about what is ok and what’s not ok to do with photos? What is allowed? What is a right protected by privacy? Problematic issues lend themselves to discussion precisely then when children are building their own ebooks or photo stories. Creativity apps, by the way, are great alternatives, so that children aren’t always playing games. Many children only use games apps because they don’t even know about the other stuff out there.

This interview was conducted by Insa Gronewold and Katja Liebigt.